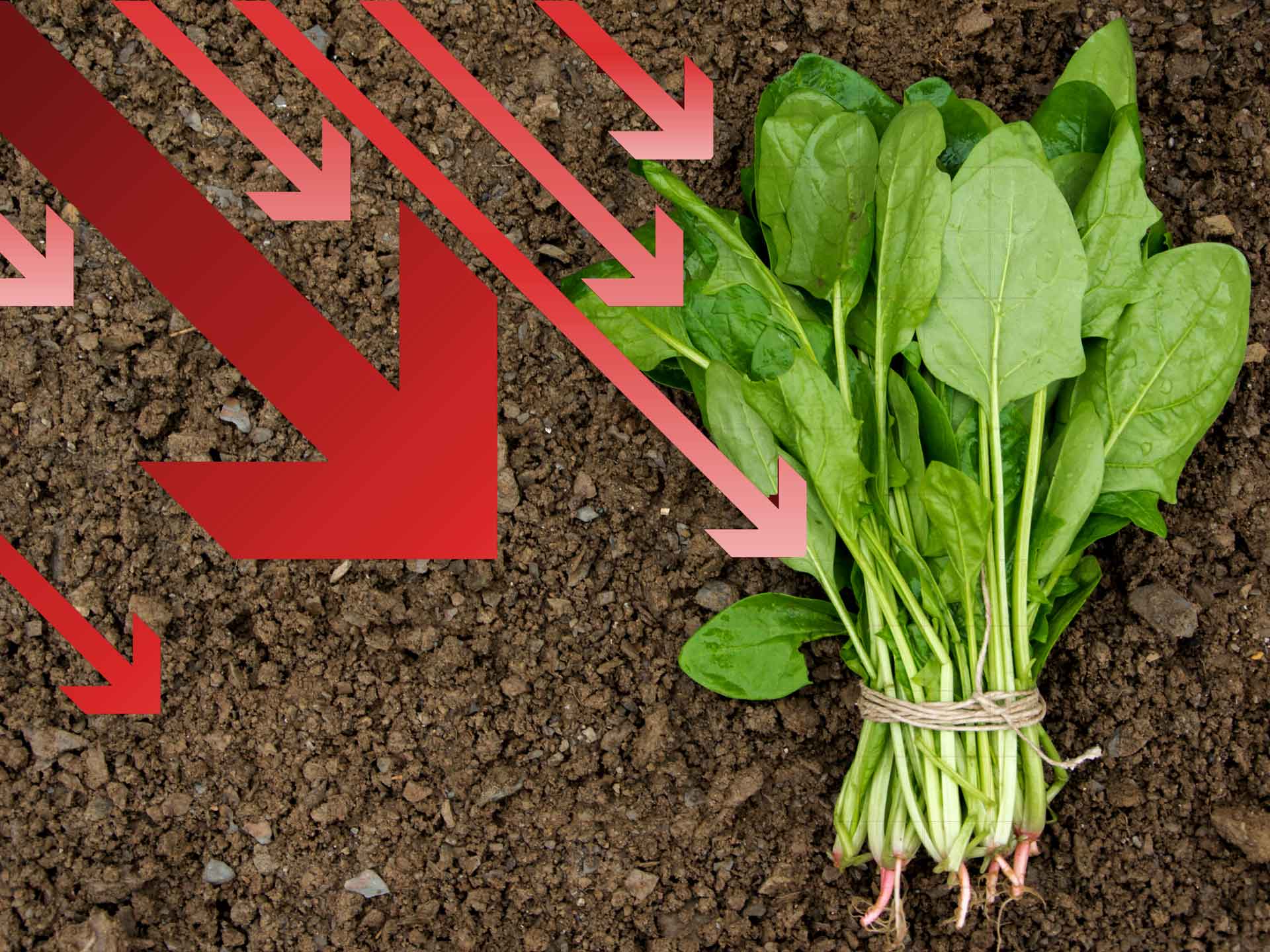 The organic produce market has had tremendous growth over the last five years. But could the sector’s rapid expansion be damaging its own prices?

A few years ago demand for organic produce was expanding faster than the industry was growing supply. The telltale signs were rising prices alongside rising volumes. Between 2013 and 2015, retail prices for the top seven organic produce items rose by an unweighted average of 1.3 percent per year. Recently however, there are indications that growth in organic movement has changed as retail prices have declined by an annual unweighted average of 0.4 percent in 2016-2018.

At Rabo AgriFinance, we dove into analysis mode to make sense of the numbers. The data suggest that things have changed and will continue to change. It is likely that for some fresh produce crops, short-run demand by consumers who strictly buy organic has been satisfied by increasing supplies. The value-chain must now move additional supplies to consumers with a different demand profile. This second group—the majority of U.S. consumers—are willing to buy organic produce some of the time, but are much more price sensitive than strict organic consumers. As organic supplies have increased, this price sensitivity has resulted in weaker organic prices.

Reported organic shipping-point volumes were higher for most crops in 2018, and annual increases in shipping-point volume have accelerated for some fresh produce items. Organic apple, orange, strawberry and bell pepper movement have all shown continued acceleration in growth. In 2010-2012, average annual growth in volumes for apples, strawberries and bell peppers were 6 percent, 14 percent, and 145 percent, respectively. From 2016 to 2018, average annual reported volume growth was 14 percent, 26 percent, and 185 percent, respectively. Annual growth in organic blueberry, cantaloupe, and grape tomato volumes continues, but growth rates have moderated in recent years (See Figure 1).

The continued growth in organic volumes has now begun to weigh negatively on shipping-point prices. During the 2016-2018 period, seven of the eight organic produce items we compared had declines in average annual price. Table grapes were the exception, but they were also the only crop that had a reduction in average annual volume. However, percentage volume gains have been much higher than the percentage price declines, resulting in increased revenues for shippers, and indicating a high level of price elasticity for organic produce. We also note that the price declines in 2016-2018 followed sharp price increases during the 2010-2015 period (See Figure 2).

Due to the increased yield risk and labor costs of organic produce production, relative to conventionally-grown produce, growers/shippers expect to receive a premium price. The premium level needed varies depending on the specific crop, location and grower. Without an adequate premium to offset the increased risk and cost, producers will find it challenging to justify organic production. Retailers are demanding increased organic volumes, but retail prices are being lowered—in some cases—to adequately move the higher volumes. As organic produce continues to become more mainstream and supplies continue to increase, the organic market will continue to more closely resemble the conventionally-grown market. Over-supply will cause immediate—and sometimes extreme—declines in price. These changes are already leading to decreased organic premiums.

Of the crops in which adequate data allowed comparison, half showed clear reductions in organic premiums. Premiums for organic apples, blueberries, pears, strawberries and bell peppers have come under pressure, while organic premiums are holding up better for cantaloupe, table grapes, oranges and grape tomatoes (See Figure 3).

To aid growers deciding whether to expand more acres into organic production, we categorized the opportunity and risk levels for crops. Crops in the Positive category could experience short-run organic supply expansion and most likely maintain suitable organic price premiums. The Neutral category crops may reach undesirable premium levels if supply expansion occurs too rapidly. Crops in the Caution category are experiencing—or are approaching—premium levels that do not adequately compensate suppliers for the increased risk and cost of organic production (See Table 1).

Strategic opportunities still exist for crops that fall in the Neutral or Caution categories—which we determined by the annual averages for organic premium pricing. There are still seasonal opportunities, in which organic premiums remain significantly high. For example, organic premiums for blueberries averaged 45 percent in 2018 on a weekly volume-weighted basis. There were nine weeks, however, in which premiums rose to above 90 percent and three weeks in which they were above 100 percent. The opportunity to take advantage of these market opportunities depends heavily on the specific growing region, which influences the ability to target particular market windows.

Another consideration is that the presented data are averages across all varieties, pack sizes and grades. There may be opportunities for crops in the Caution category when more specific agro-economic conditions are considered.

The level of price premium needed to compensate for increased yield risk and production cost will also vary by grower/supplier. We tend to use a minimum of 40 percent premium as a rule-of-thumb, but some producers may need more, while others will be adequately compensated with less. Growers who have implemented strategies that effectively lower their yield risk in organic production will have a stronger incentive to continue to increase organic production—even in the short-run—for crops listed in our ‘Caution’ category. Shippers who maintain organic premiums at levels higher than competitors—through branding, quality of product, or quality of service—will have greater incentive to continue expanding organic offerings. And they will be better able to compensate their growers.

Mid- to Long-Term Opportunities Remain, But the Game has Changed

Further out, as more millennial consumers grow their disposable income and start families, it is likely that the demand for strict, organic-only produce purchases will continue to grow; especially given the continued expansion of organic promotion by retailers. However, with greater financial responsibility, comes the potential of increasing price sensitivity for this group of consumers as well. Generation Z consumers will ultimately add fuel to these trends.

Organic produce availability has now become mainstream, which means that the organic produce market will continue to more closely resemble the traditionally-grown produce market. Price strength—or weakness—has and will become most heavily influenced by supply-side gaps and gluts. Technological advances and continued improvements in production practices will help ensure long-run profitability for adaptive suppliers. Figuring out how to produce organically at a unit cost that is similar to conventional production is the evasive but long-run goal.