Managing arthropod pests with pesticides is a common practice in crop production. Managing arthropod resistance to pesticides is an important part of integrated pest management (IPM.) Under natural circumstances, plants, insects, mites, natural enemies and beneficial or harmful microorganisms continuously co-evolve and adapt to the changes in their environment. When there is a higher selection pressure, such as the indiscriminate use of pesticides, mutations in arthropods enable them to resist the pesticide and increase their chances of survival. Since there are fewer pesticides for organic crop production, there is a higher chance of their repeated use and increased risk of resistance development.

Arthropods, such as insects and mites, develop resistance to chemical pesticides through genetic, metabolic, or behavioral changes resulting in reduced penetration of toxin, increased sequestration or excretion, reduced binding to the target site, altered target site that prevents binding of the toxin, or reduced exposure to the toxin through modified behavior. Through one or more of these mechanisms, arthropods can also develop resistance to biopesticides. When the active ingredient of a biopesticide is a toxic molecule and acts more like a chemical compound, arthropods are more likely to develop resistance even though it is of biological origin. When the mode of action is due to infection by a microorganism, rather than a toxin, arthropods are less likely to develop resistance.

Botanical insecticide pyrethrum, extracted from the flowers of Chrysanthemum cinerariaefolium and C. cineum, contains insecticidal esters known as the pyrethrins. Pyrethrins are nerve poisons disrupting the sodium channels in neurotransmission and are commonly used for controlling pests in agricultural, structural and public and animal health sectors. Arthropod resistance to pyrethrins and their synthetic analogs, pyrethroids, is very common and has been reported for several decades. Insect mutations that reduce the penetration of the toxin through the cuticle, reduce its binding to the target site, or alter the properties of the sodium channels, and other mechanisms impart pyrethrin resistance.

Another botanical insecticidal compound, azadirachtin, is a tetranortriterpenoid limonoid from neem (Azadirachta indica) seeds, which acts as an insecticide, antifeedant, repellent and insect growth regulator. While neem oil, which has a lower concentration of azadirachtin, has been used in the United States as a fungicide, acaricide and insecticide for a long time, several azadirachtin formulations in powder and liquid forms have become popular in recent years. While there was a report of artificially induced resistance to azadirachtin in the green peach aphid, several studies demonstrated the efficacy of azadirachtin against various pests and recommended it as an option in IPM and for managing resistance to other pesticides. Azadirachtin is also thought to reduce the production of detoxification enzymes and known to improve the efficacy of other biopesticides. While arthropod resistance to botanical pesticides other than pyrethrins is not commonly reported, it is known that plant allelochemicals (e.g. alkaloids, phenolics, terpenoids, etc.) can contribute to cross-resistance to certain chemical pesticides. It is important to monitor the potential risk of resistance development and cross-resistance when botanical pesticides are used.

Bacillus thuringiensis (Bt) is a gram-positive soil bacterium, which contains crystalline toxic protein that is activated upon ingestion by an insect host, binds to the receptor sites in the midgut, and eventually causes insect death. Bt pesticides are used against a variety of lepidopteran (Bt subsp. aizawai and Bt subsp. kurstaki), dipteran (Bt subsp. israelensis and Bt subsp. sphaericus) and coleopteran (Bt subsp. tenebrionis) pests and are very popular in organic farming. Since the mode of action involves toxins rather than the bacterial infection itself, resistance to Bt pesticides or transgenic crops that contain Bt toxins is also very common. Some examples of resistant insects to Bt include the beet armyworm, the cabbage looper, the corn earworm, the Colorado potato beetle and the diamondback moth. Mutations in insects that regulate the immune system or interfere with the activation of Bt toxins and their binding to the target site led to insect resistance.

Spinosad is a mixture of macrocyclic lactones, spinosyns A and spinosyns D, derived from Saccharopolyspora spinosa, an actinomycete gram-positive bacterium, and is used against dipteran, hymenopteran, lepidopteran, thysanopteran, and other pests. Although naturally derived, some spinosad products are not registered as biopesticides. Insect resistance to spinosad later led to the development of spinetoram, which is a mixture of chemically modified spinosyns J and L.  Both spinosad and spinetoram are contact and stomach poisons and act on insect nervous system by continuous activation of nicotinic acetylcholine receptors. The American serpentine leafminer, the beet armyworm, the diamondback moth, the tomato borer, the onion thrips, and the western flower thrips are some insects with spinosad resistance. Production of detoxifying enzymes (metabolic resistance) and changes in the target site are the most common mechanisms of spinosad resistance in insects.  Cross-resistance between spinosad and some chemical insecticides has also occurred in some insects.

Baculovirus infections in Lepidoptera have been known for centuries, especially in silkworms. Currently, there are several commercial formulations of nucleopolyhedroviruses (NPV) and granuloviruses (GV). When virus particles are ingested by the insect host, usually a lepidopteran insect, they invade the nuclei of midgut, fatbody, or other tissue cells and kill the host. Baculoviruses are generally very specific to their host insect species and can be very effective in bringing down the pest populations. However, variations in the susceptibility of certain insect populations and development of resistance to viruses has occurred in several host species. Mutations in one or more genes with complex mechanisms are involved in insect resistance to viruses.

There are several fungi that infect insects and mites. The fungal infection starts when fungal spores come in contact with an arthropod host. First, they germinate and gain entry into the body by breaching through the cuticle. Fungus later multiplies, invades the host tissues, kills the host and emerges from the cadaver to produce more spores. Entomophthoralean fungi such as Entomophthora spp., Pandora spp., and Neozygites spp. can be very effective in pest management through natural epizootics, but cannot be cultured in vitro for commercial-scale production. Hypocrealean fungi such as Beauveria bassiana, Isarea fumosorosea, Metarhizium brunneum and Verticillium lecanii, on the other hand, can be mass-produced in vitro and are commercially available. These fungi are comparable to broad-spectrum insecticides and are pathogenic to a variety of soil, foliar and fruit pests of several major orders. Since botanical, bacterial and viral biopesticides have insecticidal metabolites, proteins, or viral particles that have specific target sites and modes of action, insects have a higher chance of developing resistance through one or more mechanisms. Although fungi also have insecticidal proteins such as beauvericin in B. bassiana and I. fumosorosea and dextruxin in M. anisopliae and M. brunneum, their mode of action is more through fungal infection and multiplication, and arthropods are less prone to developing resistance to entomopathogenic fungi. However, insects can develop resistance to entomopathogenic fungi through increased melanism, phenoloxidase activity, protease inhibitor production and antimicrobial and antifungal peptide production. It also appears that the production of detoxification enzymes in insects against fungal infections can also impart resistance to chemical pesticides.

These examples show that insects can develop resistance to biopesticides in a manner somewhat similar to chemical pesticides, but due to the typically more complex and multiple modes of action, at a significantly lesser rate depending on the kind of botanical compound or microorganism involved. Resistance to entomopathogenic fungi is less common than with other entomopathogens. The risk of biopesticide resistance is much higher in organic farming because of the widespread use and limited biopesticide choices. Avoiding the repeated use of biopesticides reduces the risk of resistance development and can reverse the resistance mechanism in some cases. IPM recommends the use of host plant resistance, biological control, cultural control and other management options before using pesticide applications. When pesticides (both biological and synthetic) are to be considered, using them only when needed, applying at recommended rates and alternating/rotating with other modes of action can reduce the selection pressure on arthropod populations and resulting mutations. 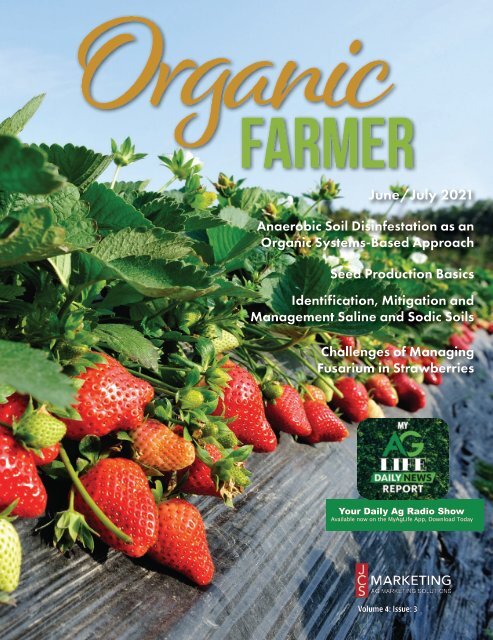