The Organic Production System
This production system is not without its problems and challenges. Dairies such as these that use the most pasture forage—anywhere between 75 to 100 percent of diet—have the lowest net returns due to a 32 percent decrease in milk production, according to Dr. Blair Waldron, United States Department f Agriculture (USDA)/Agricultural Research Service (ARS). He notes that reduced dry matter intake (DMI) by grazing dairy cows is one of the major factors limiting milk production. Complicating matters more, dairy cattle breeds are finicky-grazers, resulting in even lower DMI of traditional pasture species like tall fescue.

Waldron heard these concerns directly from Utah and Idaho producers. As previous research had demonstrated that mixtures of tall fescue and the condensed-tannin containing legume, birdsfoot trefoil (BFT), improved beef steer performance, Blair and his producer-partners asked “are there grass-BFT mixtures that increase both tannins and energy, and what will be their synergistic effect on dairy cattle performance?”

Research
Waldron assembled a team to look at this question, including the three producers, animal scientists, agronomists, and a nutrient management specialist from Utah State University. The research is funded by the USDA-Western SARE program and uses university and on-farm trials to assess dairy heifer DMI, growth performance, reproductive health, heifer-replacement economics, and impact on nitrogen cycling in response to grazing grass-BFT mixtures containing various protein, energy, preference, and tannin levels. The research will identify pasture mixtures that can improve the sustainability of organic pasture-based dairy. 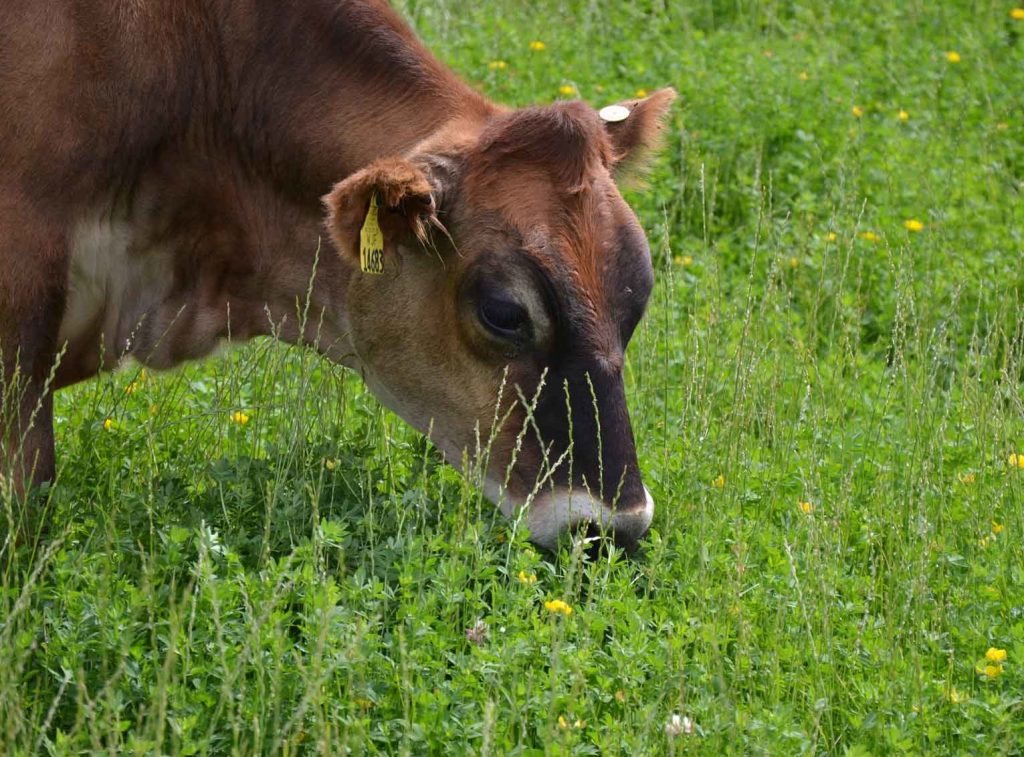 While the team is still reviewing the data, the project has shown enough results that each of the three producers has altered their forages. They have planted new pastures due to preliminary results of study, and other producers are taking note.

“We love our new pasture of high-energy grass and BFT. Milk production went up and milk components stayed the same, which is rare. Basically that means more money in the bank,” states Frank Turnbow, one of the producers.

Changes to Component Milk Pricing
During the course of this project, the organic milk company changed their component pricing—paying less for fluid milk, but more for high components of butterfat and, to a lesser extent, protein. Since the feed largely influences these components, there is even more reason these farmers are looking to more data on forages.

“We continually find more and more interest from those in organic milk production where grazing is such a big factor,” says Waldron.

Additional Finding
As one of the Utah State University graduate students on the team completed analyzing his data, an important finding was that the addition of BFT to pasture increases growth and development of replacement heifers. He found that mixed pastures with BFT may be a sustainable alternative to feeding a total mixed ration (TMR) in a confined setting in order to achieve adequate growth of dairy heifers.

The research that led to this finding produced data relative to growth, health, and reproductive capacity of the heifers over two years. These measurements include, weight, hip height, serum concentrations of blood urea nitrogen (BUN) and insulin-like growth factor-1 (IGF-1), conception rates, and fecal parasite load. More in-depth analysis will look at and explain differences and trends.

Research to Date
The research so far demonstrates that heifers on different grass-BFT mixtures had greater weight gain than with their respective grass-only monocultures. The weight gain of heifers grazing PR+BFT, MB+BFT, and OG+BFT was equivalent to heifers receiving a traditional total mixed ration. 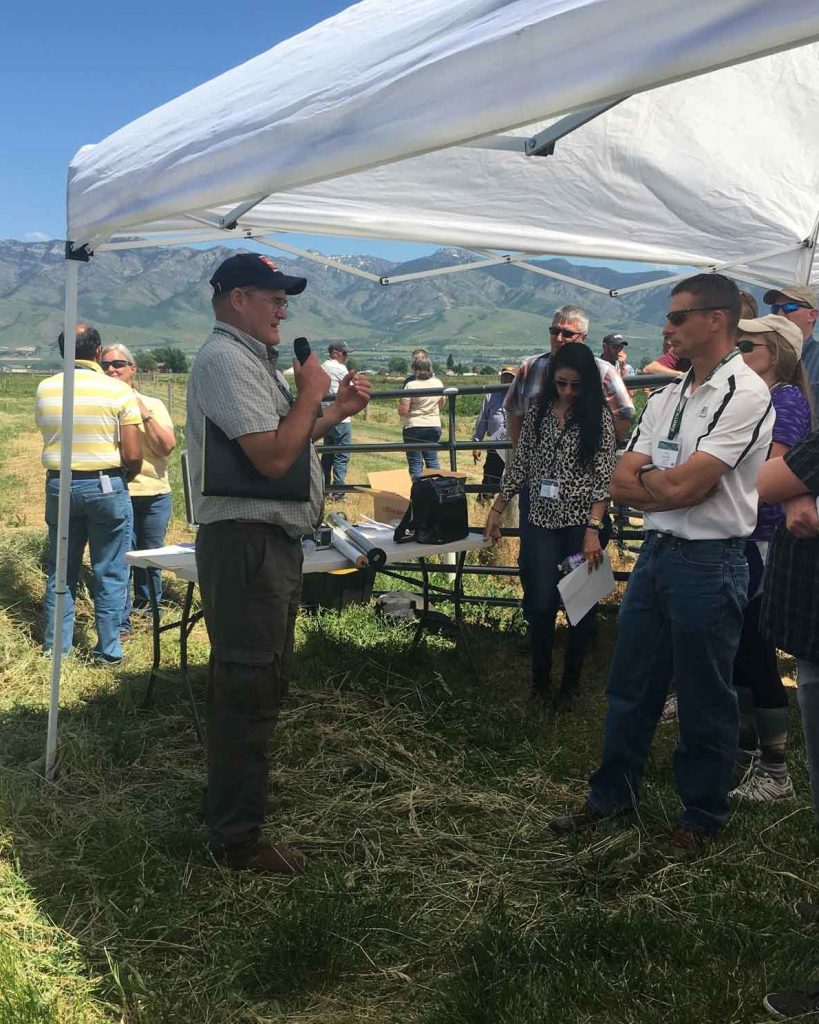 Blood Urea Nitrogen (BUN) and the closely related Milk Urea Nitrogen (MUN) values can be used to monitor protein efficiency in cows. According to Waldron, high BUN impacts fertility. The team is measuring BUN values in the heifers undergoing different feed treatments. Heifers that consumed pasture that included BFT had a higher (P < 0.01) BUN at all time points (Figure 1), indicating an increased intake of protein/nitrogen in those animals, but BUN levels never surpassed concentrations thought to be detrimental to reproduction (i.e., 20 mg/dL).

Waldron and his team will continue summarizing heifer performance; determine which herbage traits (e.g., protein, energy, tannins, etc) are having the biggest effect on heifer performance; conduct economic analysis, and look at the effect grazing on the nitrogen cycle.

Due to the impact this project could have on the organic pasture-based dairy industry, Waldron and his team place a strong emphasis on outreach. They have designed an innovative plan to enhance communication among producers, processors, marketers, researchers, and extension personnel by building an interactive multi-state communications network facilitated by e-Organic. This will include printed materials, webinars, webpages, and video available to everyone interested.